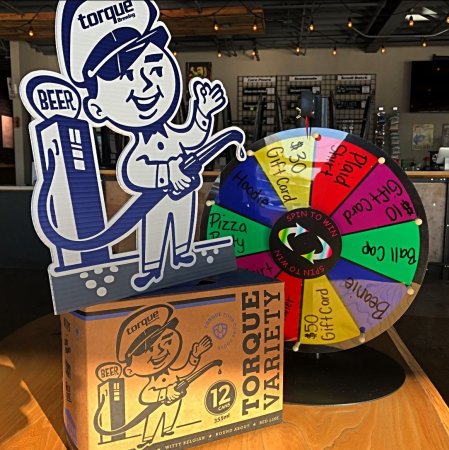 WINNIPEG, MB – Torque Brewing has announced the release of a new sampler pack that gives customers the chance to win a variety of prizes.

Random packs also contain a small version of brewery mascot Phil MaGlass that can be brought to the Torque taproom and exchanged for a spin of a prize wheel, with giveaways including brewery gift cards, branded merchandise, and more.

All prize winners will also be entered into a grand prize draw for a chance to brew a beer at Torque, and be the first to taste it at a private release party for up to 20 friends.