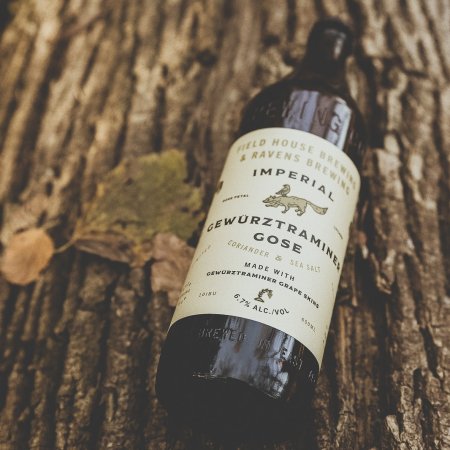 ABBOTSFORD, BC – Field House Brewing has announced the release of its second collaborative beer with Ravens Brewing.

Brewed in the traditional sense with coriander and sea salt from Vancouver Island Sea Salt. In our quest for all things grape, we took this imperial iteration of the classic style and steeped it on local Gewürztraminer grape skins, pulling aromas of rose petal and lychee while adding flavours of peach and apricot.

Pink Guava Gose is available now on tap and in 650 ml bottles at Field House, and on tap at Ravens. Bottles will also be available at select private liquor stores starting next week.