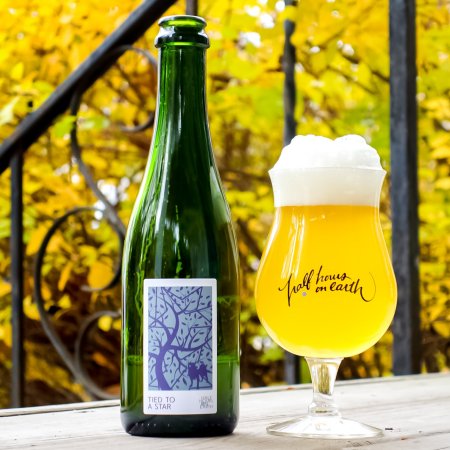 SEAFORTH, ON – Half Hours on Earth has announced the release of its latest limited edition beer.

A blend of oak-aged sour ale and oak-aged sour lager. After blending, additions of Gewürztraminer wine must, and pineapples were re-fermented prior to further additions of lemon balm, and a Styrian Golding dry-hopping. Complex aromatics of honey, apricot, grape skins, pineapple, and lemon. Bursting with ripe tropical flavour with balanced acidity, and juicy texture.

Tied to a Star is available now in at the Half Hours on Earth brewery store and online shop while supplies last.