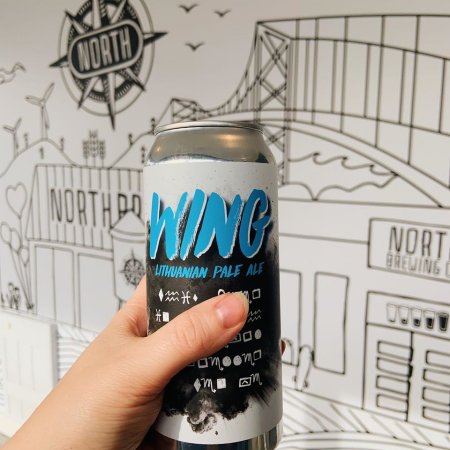 HALIFAX & DARTMOUTH, NS – Propeller Brewing and North Brewing have announced the release of a new collaboration that includes a special contest element.

A fusion of tropical fruit and spice [with] aromas and flavours of passionfruit, orange zest, and guava with a light farmhouse funk. This brew pours orange-gold with a medium body and a lightly tart finish.

Wing/Ding will be released on Friday November 8th, and each brewery will be selling their own version of the beer – Wing at Propeller, Ding at North – in cans that feature a secret message in the WingDings font that can only be decoded by using both cans. The first person to decode the message and contact Propeller or North via social media DM will receive a prize pack from both breweries.