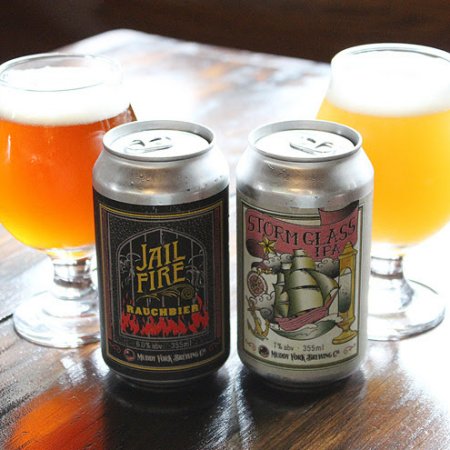 TORONTO, ON – Muddy York Brewing has announced that two popular beers from its back-catalog have returned for a limited time.

Jail Fire Rauchbier (5% abv) is the brewery’s “annual sojourn into the Bamberg-style of smoked lagers, pleasantly smoky, highlighting the flavour of malts that have been smoked over beechwood.”

Storm Glass IPA (7% abv) is made with Amarillo and Ekuanot hops, and is described as “tropical, cloudy, and juicy, with a subtle bitter finish.”

Both beers are available now on tap and in 355 ml cans at Muddy York, with cans also available via the brewery’s online store.