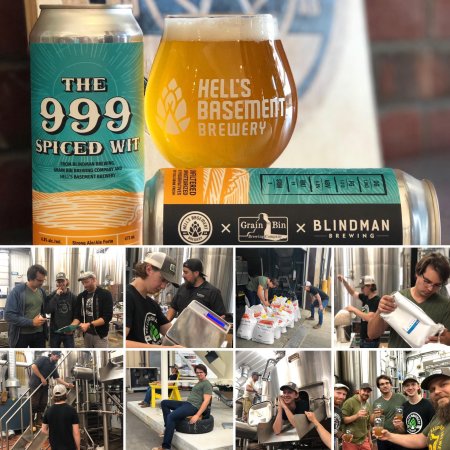 Why 999? That’s the distance from Grain Bin Brewery to Hell’s Basement Brewery with a break at Blindman Brewery in between. Together we took the idea of a Belgian Wit and added a cornucopia of spices including bitter/sweet orange peel, nutmeg, dried cranberries and cinnamon, just in time for the holiday season.

The 999 is available now at all three breweries, and will also be featured in a holiday mixed pack that will be released at Liquor Depot stores later this month.