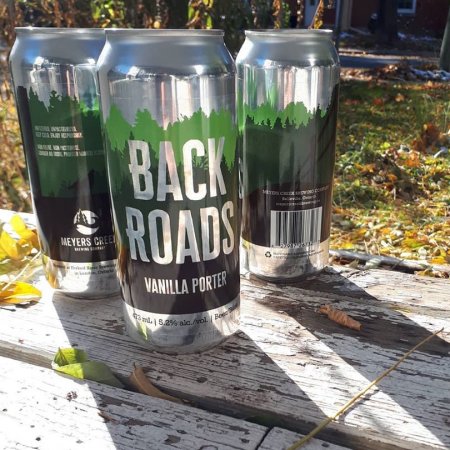 BELLEVILLE, ON – Meyers Creek Brewing, a brewery currently under construction in Belleville, Ontario, has announced the release of its first beer.

Back Roads Vanilla Porter (5.2% abv) has been brewed under contract at Forked River Brewing in London, and is described as follows:

Say hello to Back Roads, our tribute to those who take the time to explore. Made with local hops, local malt and pure vanilla, this perfectly balanced porter pairs best with frosty air and falling leaves.

Back Roads is currently available in 473 ml cans at The Brake Room in Belleville, and soon at other select bars and restaurants in the Bay of Quinte region.

Meyers Creek Brewing is aiming to open its brewery and taproom in downtown Belleville in the summer of 2020.