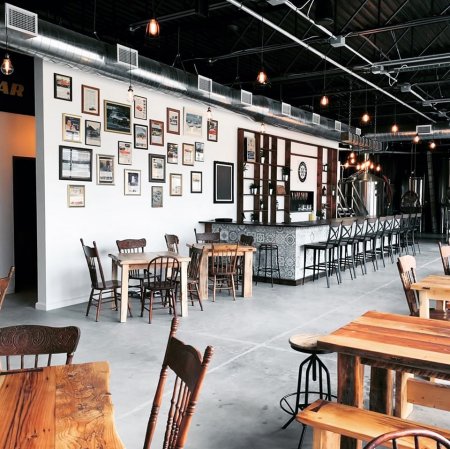 MONCTON, NB – A new brewery that has retained the name of the previous business in its location is now open in Moncton.

Tire Shack Brewing has been founded by Alan Norman and Jerrica Kennedy, a couple originally from the area who returned earlier this year after living in Toronto for 16 years. They’ve been joined by head brewer Henry Soares, a native of Brazil and graduate of the brewing program at Niagara College.

Located in a 4,400-square-foot building that was home to Tire Shack auto garage for many years, the brewery features an open concept brewhouse and taproom, along with a retail shop selling cans and growlers to go.