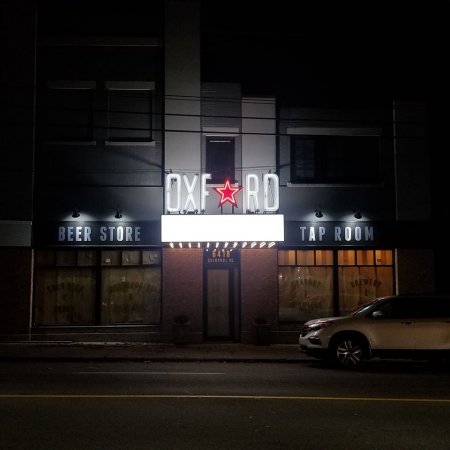 HALIFAX, NS – Garrison Brewing has announced that its new spin-off location in the west end of Halifax will be opening later this week.

As first reported in February, The Oxford Taproom is located at 6418 Quinpool Road in a space attached to The Oxford Theatre, a historic cinema that closed in 2017 and is currently being renovated into a climbing gym.

The Oxford features a taproom, pilot brewery, and retail store, as well as a backyard terrace and a second floor event space. Light snacks will be available, and patrons will also be welcome to order in food from other local restaurants.

The Oxford Taproom will open to the public on Friday November 15th, and the opening weekend will feature cask beer, prize giveaways, and specials on draught and in the retail shop.