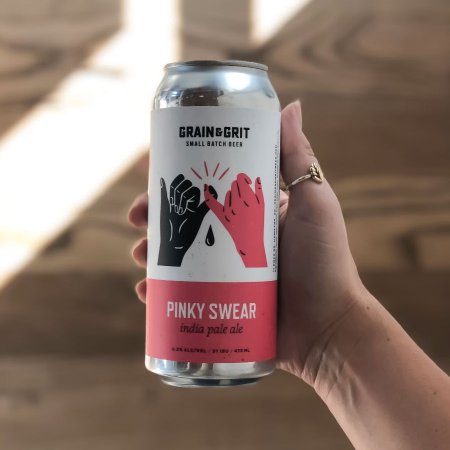 Our latest and greatest NEIPA, brewed with boatloads of Citra, Galaxy & Cashmere hops. This particular hop combo is giving off some serious tropical, citrus and melon vibes. It’s hazy, juicy and full of fruity hop goodness!

Pinky Swear is available now to those in the brewery’s Local Members club, and will go on sale to the general public on Friday November 15th at 12:00 noon. A release party from 6:00 to 9:00 PM will feature a food pop-up from Pierogi Me.