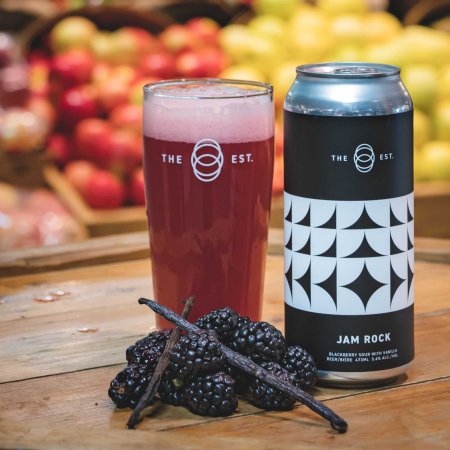 CALGARY, AB – The Establishment Brewing Company has announced the release of a new flavoured sour ale.

Jam Rock (5.6% abv) is a blackberry sour ale with vanilla, and is described as follows:

Jam Rock is a berry good example of pushing the boundaries of what beer can taste like. An irresponsible amount of blackberry was jammed into this beer, and that’s evident with just one look. Jam Rock pours a bright magenta/fuchsia, with a brilliant pink head. Jam-like berry layered with a gentle vanilla create a dessert-like experience, and a tart finish leads to another sip.

Jam Rock will be released tomorrow (November 15th) on tap and in cans at Establishment.