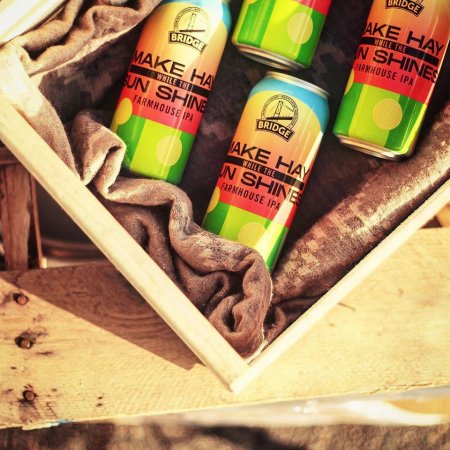 NORTH VANCOUVER, BC – Bridge Brewing has announced the release of a new limited edition farmhouse IPA.

Make Hay While the Sun Shines (5% abv) is described as follows:

This IPA presents a rustic appearance, with notes of bread, biscuit, honey and spice from the malts. It has a medium body and soft mouthfeel from the use of flaked oats. The fermentation with Kviek Voss yeast combines with copious amounts of Columbus, Mosaic, Azzaca and Sabro hops to create a beer that has a strong fruity taste with spice & herbal tones in the aroma. Make Hay While the Sun Shines finishes dry with a moderate hop bite in the aftertaste.

Make Hay While the Sun Shines is available now in 650 ml bottles and 473 ml cans at Bridge Brewing and select private liquor stores.