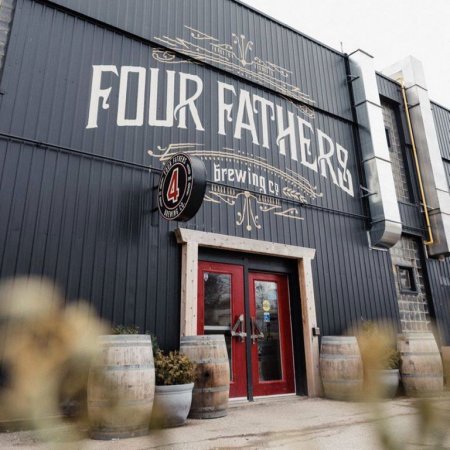 CAMBRIDGE, ON – Four Fathers Brewing has announced details of a party and limited beer releases to mark its 4th anniversary.

Taking place at the brewery (125 Guelph Ave., Cambridge) on Saturday November 23rd from 12:00 noon to 11:00 PM, the celebration will include brewery tours, pop-ups from local vendors, and live music throughout the day and evening.

4¹ – “This years anniversary barrel release is a blend of different aged stouts aged on rose-hips and cinnamon sticks. It has notes of tart berry, cinnamon, red-wine, bourbon, coffee chocolate cake and vanilla. We blended 3 different stouts together to find the right mix for our first Cambridge anniversary. This beer is wonderfully full and complex, drink fresh or age for developing flavours.”