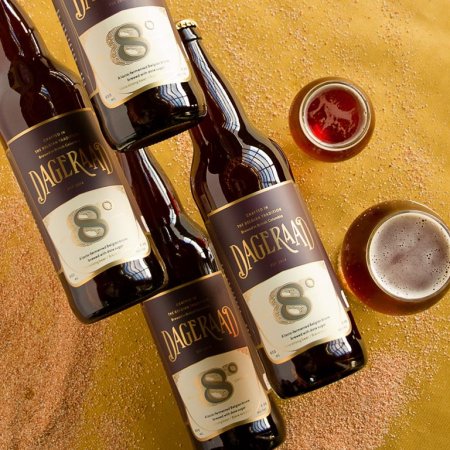 BURNABY, BC – Dageraad Brewing has announced the return of a limited edition beer that is “a bit of an oddball without an exact style.”

8º (8.9% abv) is a lacto-fermented brune brewed with date sugar, and described as follows:

We took inspiration from Oerbier, a mixed-culture ale by Belgian brewery De Dolle. While the two have little in common, cousins more than siblings, we use De Dolle’s yeast. The strain produces unique plum-like esters full of dark fruit flavours. To bolster this, we add date sugar to build a heady, rich aroma. You’d be forgiven for expecting a heavy beer. Rather, it comes across tart, dry and drinkable because we lightly kettle sour it. We’ve been accused in the past of brewing beer that drinks more easily than it’s ABV would suggest. 8º is no exception. It’s tart enough to keep you coming back, but at 8.9%, we recommend a measure of restraint.

8º will be released at Dageraad on Thursday November 21st, and it will also be available at select private liquor stores and beer bars while supplies last.