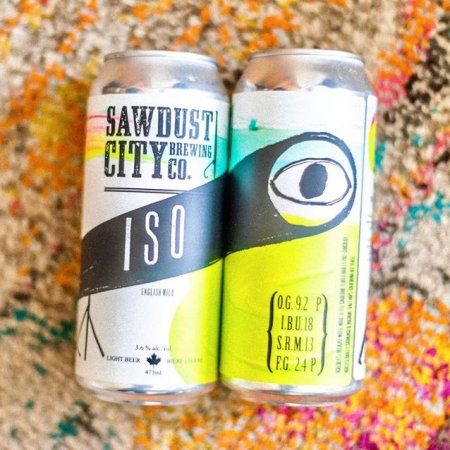 GRAVENHURST, ON – Sawdust City Brewing has announced its first attempt at a classic UK beer style as the 47th of its 52 weekly beer releases for 2019.

Pouring a rich dark amber, this sessionable ale has an off-white fluffy head with light aromas of bread and nuts. Malty, without being heavy, the flavour continues on with bready malt notes and just a hint of roast. It is easy to drink and best accompanied by a second one. So get cozy, and enjoy ISO English Mild as the perfect foil to those big heavy stouts of early winter.

ISO English Mild will be released on Thursday, November 21st at the Sawdust City retail shop and online store.