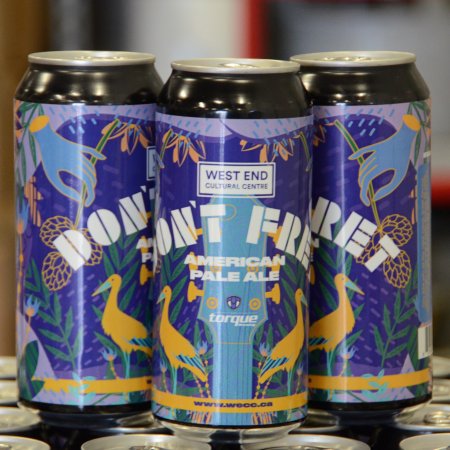 WINNIPEG, MB – Torque Brewing has announced a new release in partnership with a local music venue.

Don’t Fret (5% abv) is “an easy drinking American Pale Ale” that will be the house beer at the West End Cultural Centre (WECC), a “non-profit, charitable organization that promotes local, national, and international artists by fostering artistic development.”

Officially launched at the brewery last night (November 21st), Don’t Fret will be available on draught at all upcoming concerts and events at the WECC, and will also be sold at Torque and select local beer stores in 473 ml cans designed by WECC graphic designer Roberta Landreth.

25 cents from each can and $5 from each keg will be donated to the WECC to support its music programming and venue improvements.