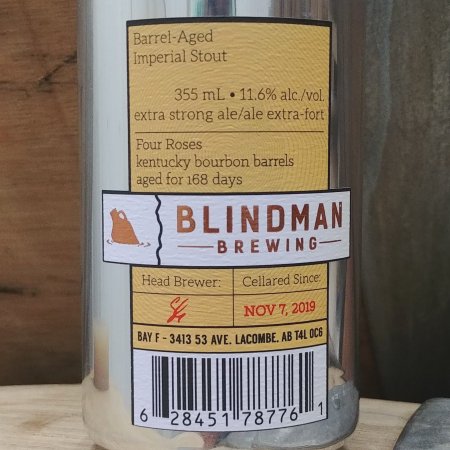 LACOMBE, AB – Blindman Brewing has announced the release of the 4th annual vintage of a favourite winter seasonal.

Bourbon and beer just go together. Especially when you age a deep, dark imperial stout into freshly emptied bourbon barrels. This one was aged for 168 days in Four Roses barrels out of Lawrenceburg, Kentucky.

This new vintage of BBA Imperial Stout is available now in 355 ml cans at Blindman Brewing and soon at select liquor stores in Alberta while supplies last.