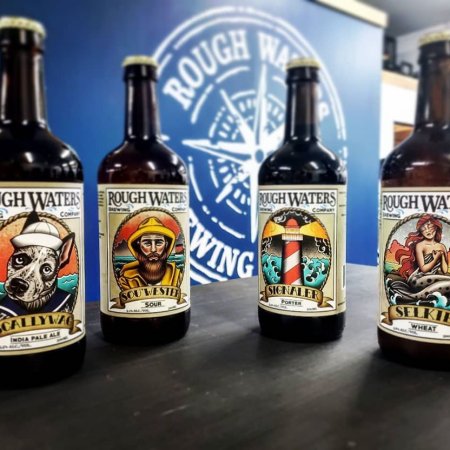 DEER LAKE, NL – A brewery that has been in the works for more than two years has announced the release of its first beers in the western Newfoundland town of Deer Lake.

Rough Waters Brewing has been founded by partners Jennie O’Keefe and Chris Johnson. First announced in the summer of 2017, the brewery was originally intended to be situated in Burin on the southern tip of the province, but a change in plans led to its Deer Lake location.

Rough Waters made its debut at the 12 Beers of Christmas event in Corner Brook this past Saturday, and launched retail sales out of the brewery on Sunday, with four brands – including Scallywag IPA, Sou’wester Sour, Signaler Porter, and Selkie Wheat – available in 500 ml bottles.

Rough Waters Brewing is located at 83 Wights Road in Deer Lake. Regular business hours for the retail store have yet to be confirmed, but details should be announced when available via the brewery’s Facebook page. The brewery taproom is expected to open next spring.