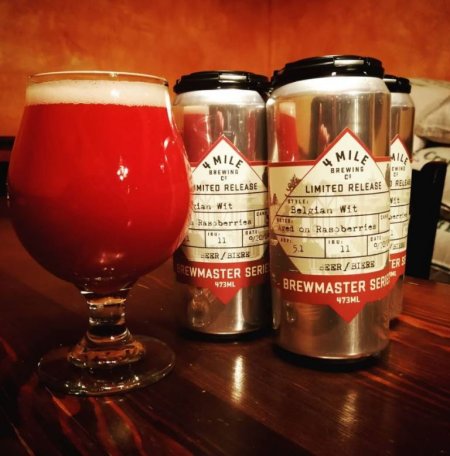 VICTORIA, BC – While the pub and restaurant where it is located remains closed due to a fire that took place last month, 4 Mile Brewing is still producing beer, and has announced the first in its new Brewmaster Series of limited edition releases.

We brewed this using authentic Belgian yeast and aged it on raspberry puree. This tasty treat was very popular in the pub so we decided to put it into cans to kick off our new small batch series of beers.

Raspberry Wit is available now in 4-packs of 473 ml cans at both 4 Mile Liquor Stores while supplies last.