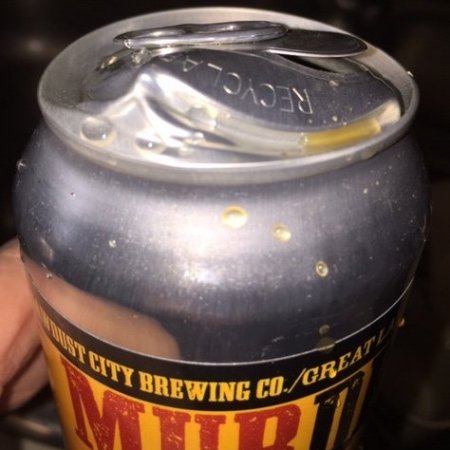 TORONTO, ON – Great Lakes Brewery has announced a safety recall for cans of collaborative beer that was released earlier this autumn.

Murder For a Jar of RedRum Stout (5% abv) is a chocolate and grilled Serrano pepper stout brewed in collaboration with Sawdust City Brewing that was released in a limited edition of  less than 1800 cans. According to the recall announcement:

We have heard from some awesome individuals who support our fiercely independent brewery that have experienced an unfortunate experience with cans of Murder for a Jar of Red Rum. Upon further inspection, we’ve determined that some of the ingredients used in the production of the flavoured stout have caused re-fermentation to take place, causing distress inside the vessel. This could, and has, led to some cans leaking and/or coming apart at the seal (crown to can).

Customers who still have cans of the beer are asked to refrigerate them right away to avoid the risk of the cans splitting, and to then return them to the brewery as soon as possible for a full refund or exchange for other beers, as well as a free GLB branded glass. Those who are unable to return to the brewery in person can contact troy.b@greatlakesbeer.com to make alternate arrangements.