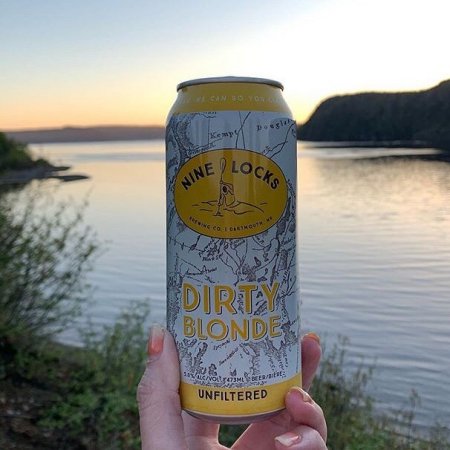 DARTMOUTH, NS – CBC News reports that Nine Locks Brewing is being accused of misogynistic marketing over the name and advertising of one of its core brands.

Dirty Blonde (5% abv), described as a “North American-style Weizen brewed with Canadian wheat and barley,” has been promoted with ads and merchandise featuring slogans such as “Everybody loves a dirty blonde from Dartmouth” and “Blondes have more fun”.

Earlier this month, 40 representatives from 17 breweries in Nova Scotia including 2 Crows, Tatamagouche, Big Spruce, and Stillwell sent a letter to the Craft Brewers Association of Nova Scotia (CBANS) asking that the board issue a statement declaring the “discriminatory and misogynistic” advertising campaign to the “unacceptable and intolerable”.

The letter also notes that the marketing of Dirty Blonde violates a 2017 motion in which CBANS members were asked to “pledge zero tolerance of discrimination in their marketing practices,” as well as the advertising code of conduct of the NSLC, the province’s government-run liquor retailer.

In response to the letter and other complaints about the brand and its marketing, Nine Locks President Shaun O’Hearn says that “it was never [the brewery’s] intention to insult anyone,” but he disagrees with the assertion that it is sexist or misogynistic. While current marketing for the brand will be halted for reevaluation, Nine Locks has no intention to change the name of the beer.