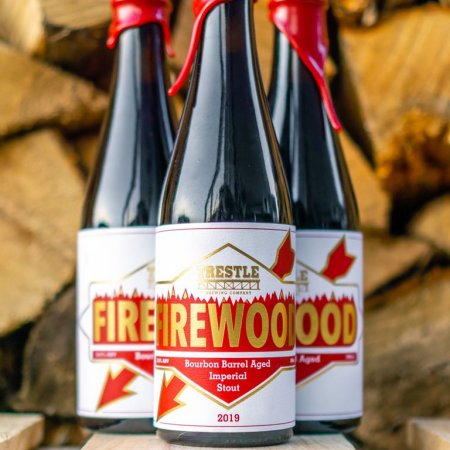 PARRY SOUND, ON – Trestle Brewing has announced the release of a new beer more than a year in the making.

If you’ve been into the brewery during the past year, you’ve seen this beer aging in the eight bourbon barrels brought in from Kentucky last October. After over a year of aging in the barrels, we couldn’t be more excited to share the results with you! It’s a truly beautiful beer, with flavours of rich chocolate, coffee and roast melding with notes of oak, bourbon and vanilla from the barrel. It’s a slow sipper that can be enjoyed now, or cellared to savour later!

Firewood is available now in a limited run of 500 ml wax-dipped bottles at the Trestle Brewing retail shop and online store.