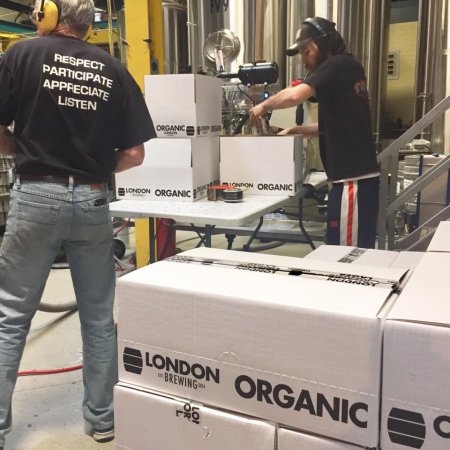 LONDON, ON – London Brewing has announced that it is the second craft brewery in Ontario to receive official organic certification for its beers.

“This certification means we are now part of a select group of breweries who have taken the steps to prove we care enough about quality ingredients and the organic process”, says head brewer Aaron Lawrence in a statement. “We believe now, more than ever, this is a critical component for our food system”.

London Organic Lager is available now at the brewery, as well as select LCBO and Beer Store locations, and the organic labelled version of Front Porch will be available soon.