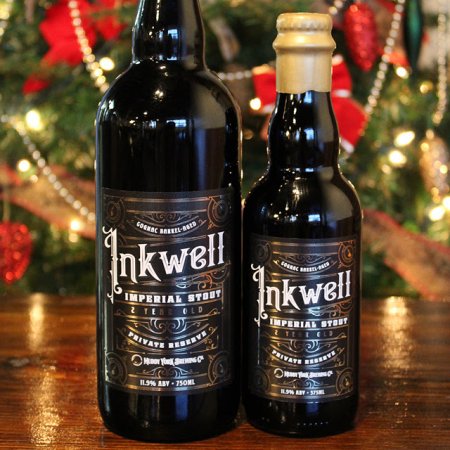 TORONTO, ON – Muddy York Brewing has announced that it will once again be marking Black Friday with this year’s vintage of an annual favourite.

We’ve aged a stash of Inkwell Imperial Stout in a first use ten-year-old cognac barrel for two years, making it very smooth and truly special. We opted to keep the carbonation ultra-low to replicate the taste experience of drinking directly from the barrel. We suggest allowing the beer to warm up a bit as the warmer serving temperature will accentuate the rich notes of oak and cognac as they blend with aromas of blackstrap molasses, prune, and tobacco.

This year’s batch of Inkwell will be released today in 375 ml and 750 ml bottles at the brewery store and via the Muddy York online shop. It will also be on draught at the brewery taproom while supplies last.