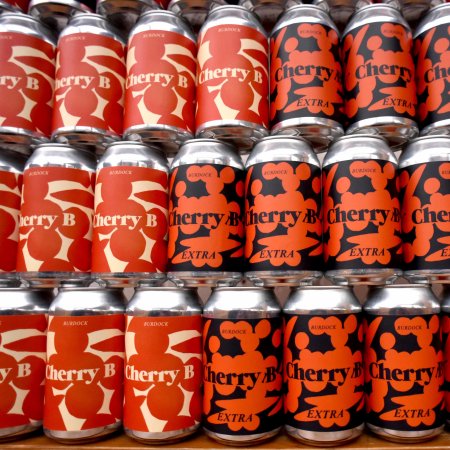 TORONTO, ON – Burdock Brewery has announced the return of a beer that promises to provide a “classically tropical sour cherry fruity flavour paradise,” as well as the release of a new companion that offers the same, but… “extra.”

Cherry B (5.5% abv) is a sour saison that was rested on Montmorency sour cherries from Niagara, and is described as “a ruby red fruit-o-licious sour beer brimming with bright berry bursts of gummy bear pie and candied maraschinos.”

Cherry B Extra (5.5% abv) is a blend of 2-year-old barrel aged sour ales that was aged on almost 300 grams of sour cherries per litre of beers, plus “a splash” of raspberries. resulting in a beer that is “extra sour, extra cherried, extra barrel aged, extra extra.”

Both beers are available now in 355 ml cans at the Burdock Brewery retail store and online shop while supplies last.