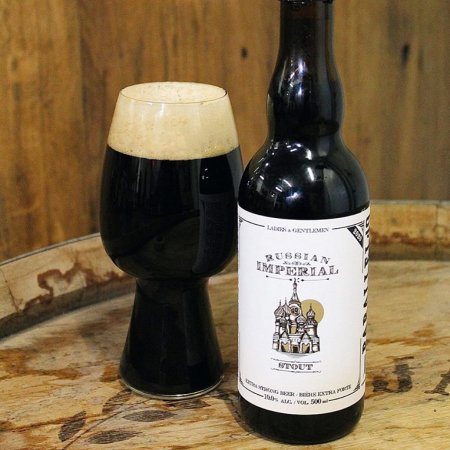 Russian Imperial Stout ’20 (10% abv) is the second annual vintage of P49’s take on the classic strong style, and is described as follows:

In the 18th Century, this bold, strong stout was brewed in London for the long and treacherous trip to the Imperial Courts of Russia. In keeping with this Stoic tradition, our Russian Imperial Stout was aged in Woodford Reserve bourbon barrels for two months. This bourbon-barrel aged Imperial Stout has aromas of dried fruit and vanilla as well as notes of dark chocolate covered raisins, roasted coffee, and charred oak. Our stout is warm, full-bodied and fit for a Czar!