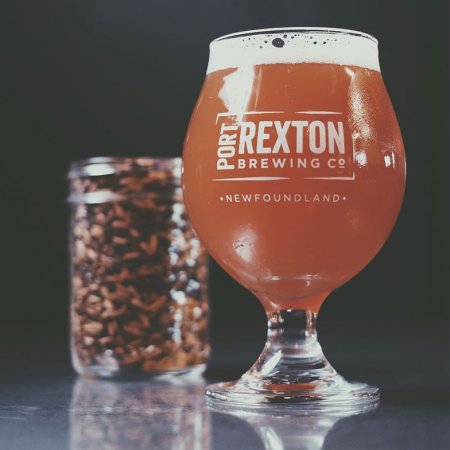 PORT REXTON, NL – Port Rexton Brewing has announced the release – and near-instant sell out – of the first in a series of gluten-free beers inspired by celiac disease diagnosis of the brewery’s co-founder and head brewer.

Alicia MacDonald found out that she could no longer consume gluten soon after the brewery opened, and has spent the last several years researching and experimenting with different grains to come up with recipes for gluten-free beers that meet the same level of quality as Port Rexton’s other products.

Fox Island Fog Hazy IPA (4.3% abv) is the first to be released commercially, with Atlantic Canada Beer Blog describing it as follows:

Fox Island Fog [is made with] pale buckwheat and millet malts, as well as Vienna-style kilned millet, flaked oats, and flaked quinoa. With plenty of Citra, Simcoe, and Columbus added throughout, you’d never miss the gluten that has skipped this beer, with the orange and mango aroma layered on top of a piney bitterness up front. This release was brewed on their new Gluten-Free pilot system (ie, no gluten-containing malts have ever touched any of the equipment), and you can expect many more to come.

Fox Island Fog went on tap for growler fills at Port Rexton’s retail shop in St. John’s this past Saturday November 30th, and the three available kegs sold out within the day, but the brewery promises that more gluten-free options will follow soon.