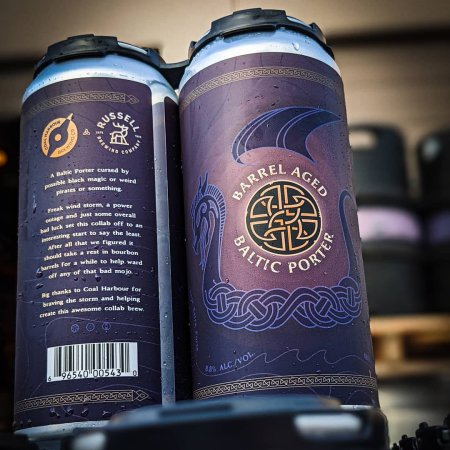 SURREY, BC – Russell Brewing has announced details of a new collaboration with Coal Harbour Brewing that has had a troubled trek toward its release.

A Baltic Porter cursed by possible black magic or weird pirates or something. Freak wind storm, a power outage and just some overall bad luck set this collab off to an interesting start to say the least. After all that we figured it should take a rest in bourbon barrels for a while to help ward off any of that bad mojo. Big thanks to Coal Harbour for braving the storm and helping create this awesome collab brew!