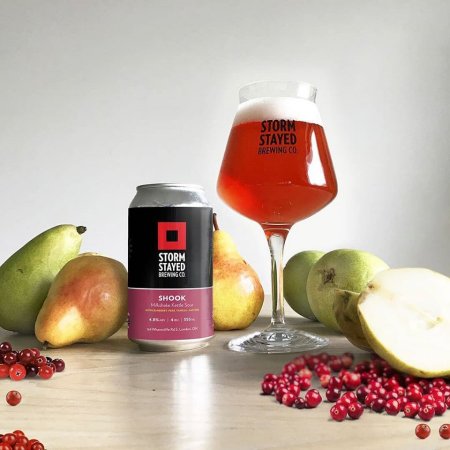 LONDON, ON – Storm Stayed Brewing has announced the release of a special holiday season edition in its series of milkshake kettle sours.

Shook Cranberry & Pear is available now on tap and in 355 ml cans at Storm Stayed.