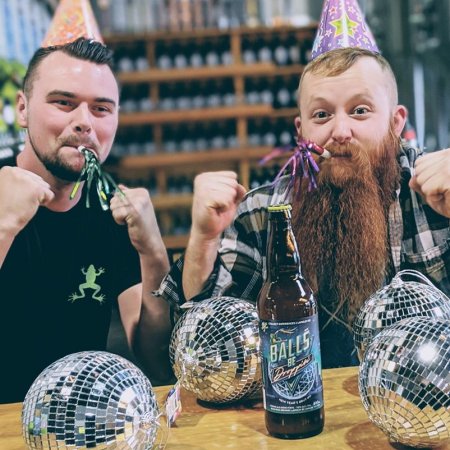 ALDERGROVE, BC – Dead Frog Brewery has announced the release of new beer that aims to end “Champagne’s reign of terror” as the beverage of choice for New Years Eve celebrations.

Balls Be Droppin’ Brut IPA (7.2% abv) is described as “a bubbly bright golden IPA with effervescent notes of mango and white grape hops, a crisp malt base, and an extra dry finish.”

Balls Be Droppin’ is available now in 650 ml bottles and on tap and Dead Frog, with bottles also available at select liquor stores in British Columbia while supplies last.