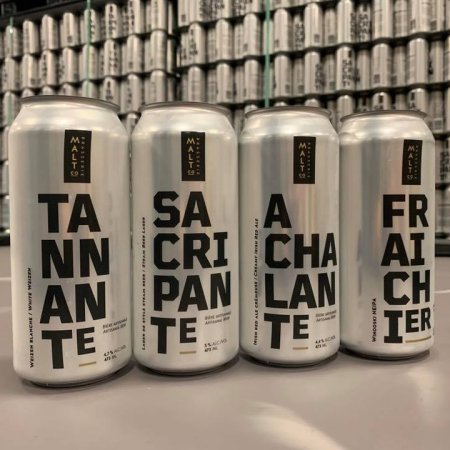 QUÉBEC CITY, QC – A new brewery with aims to be an “original, somewhat eccentric, unconventional and daring craft brewery, but with industrial production” has opened in the Charlesbourg borough of Québec City.

Brasserie Maltco has been founded by Alain Rochette, Patrick Lessard, Eric Asselin, and David Veilleux, a group which also owns gastropub  Les Maltcommodes in nearby Beaufort. As reported by Bières et Plaisirs, Maltcommodes previously had its house brands brewed elsewhere under contract until the partners decided to establish their own brewery to have better control over production.

Future plans for the Maltco facility include the addition of a tasting room with capacity for up to 125 visitors, and an interactive museum focused on the history of beer and brewing in Québec.

Brasserie Maltco is located at 1750 rue du Perigord in Charlesbourg. For more details, see the brewery’s website and Facebook page.