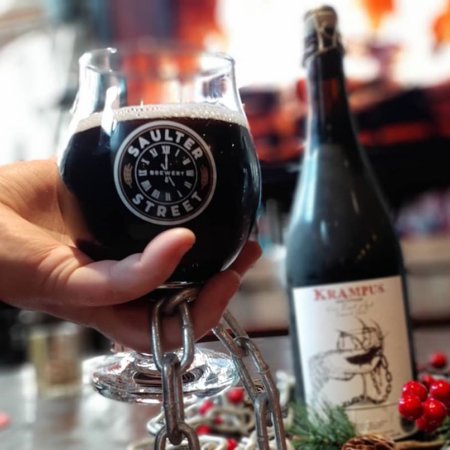 TORONTO, ON – Saulter Street Brewery has announced the release of a new batch of an annual winter seasonal beer, as well as a limited barrel-aged edition of last year’s vintage.

Krampus 2019 is a “Russian Imperial Stout infused with spices inspired by the holiday classic mulled wine.” It’s joined this year by Wine Barrel Aged Krampus 2018, which spent a year in French oak wine barrels, resulting in a “blend of gentle nuttiness, restrained spices and mulled wine flavours buoyed by a silky mouthfeel.” 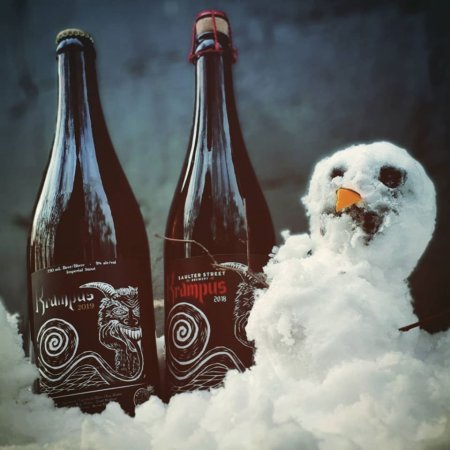 Both beers are available now at the Saulter Street Brewery taproom, both in standalone 750 ml bottles, and in gift-packs featuring a branded tasting glass. A limited number of bottles of the original Krampus 2018 are also available while supplies last.