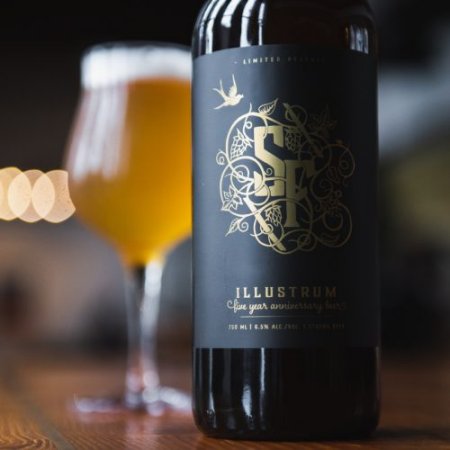 VANCOUVER, BC – Strange Fellows Brewing has announced that it will be marking its fifth anniversary with a release of a new limited edition beer.

Illustrum (6.5% abv) is described as follows:

This classic Brut IPA was barrel aged with a Brett D and Sac Trois yielding flavours reminiscent of pear and white grape. There is an almost creamy coconut like body along with a firm dry bitterness and a finish that brings to mind the oak barrels this IPA was aged in. Illusturm brings together all those things we love so much at Strange Fellows: unique “wild” yeast cultures, a solid Citra dry hop, and barrel aging. What could be more perfect for our 5th anniversary release?

Illustrum will be available on Friday December 13th on 750 ml bottles at Strange Fellows and select private liquor stores while supplies last.