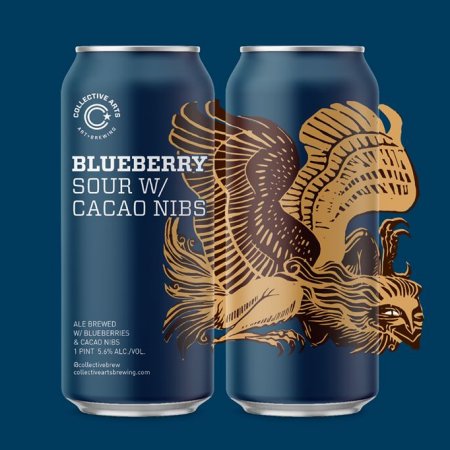 Blueberry Sour with Cacao Nibs (5.6% abv) is described as follows:

Rich, chocolatey flavours typically belong to porters and stouts. We’re throwing you a curveball; a rich, chocolatey… sour. It may sound strange – until you try it. Our winter seasonal sour features sweet blueberries and decadent cocoa, balanced with just the right amount of tart acidity.

Blueberry Sour with Cacao Nibs will be officially launched on Saturday December 14th, and will be available in 473 ml cans and on tap at the brewery, and soon at select retailers and licensees in markets throughout Canada and the US where Collective Arts beers are sold.