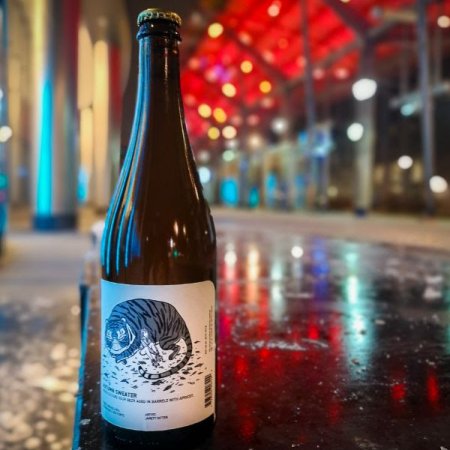 CALGARY, AB – The Establishment Brewing Company has announced the release of its first mixed-culture sour beer.

Autumn Sweater is a barrel-aged apricot sour ale with the following notes:

Autumn Sweater began its life as a golden sour base, spent nine months in oak, and was then re-fermented with apricot for two months before being bottle-conditioned. The result is a bright, fruity, approachable barrel-aged sour. As you sip, let your thoughts slip away back to the days of falling leaves and much more sunshine.

Autumn Sweater will be previewed in the Establishment taproom tomorrow (December 13th) before its official release on Saturday December 14th.