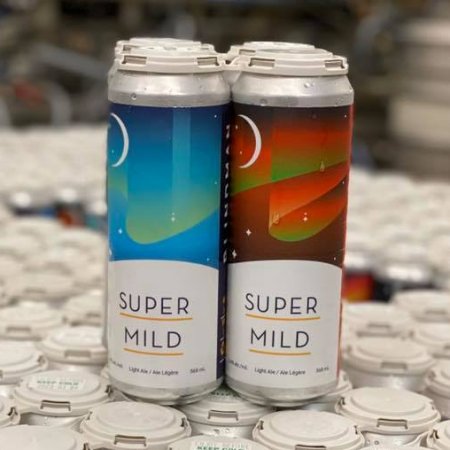 LACOMBE, AB – Blindman Brewing has announced the release of a session-friendly ale for the holiday season.

Super Mild is available on draught in the Blindman taproom, and in cans at the brewery and beer retailers throughout the province, with labels that feature a series of winter short stories and different depictions of an aurora filled night sky.