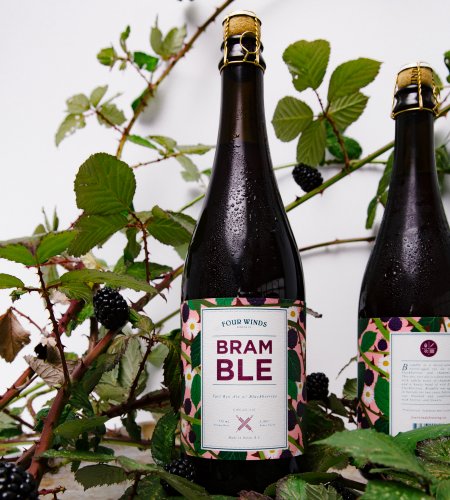 DELTA, BC – Four Winds Brewing has announced the release of a new beer that is perfect for sharing at holiday celebrations.

Bramble is a mixed-culture barrel-aged rye ale with blackberries and chamomile. This dry, tart ale is a deep purple with subtle notes of chamomile and a heavy hand of BC wild blackberries. Bramble was aged in barrels for 2 years before it was blended and conditioned with the berries flowers. With the use of whole fruit, some blackberry sediment will occur.

Bramble is available now in 750 ml corked-and-caged bottles at Four Winds, and will be shipping next week to select private liquor stores.