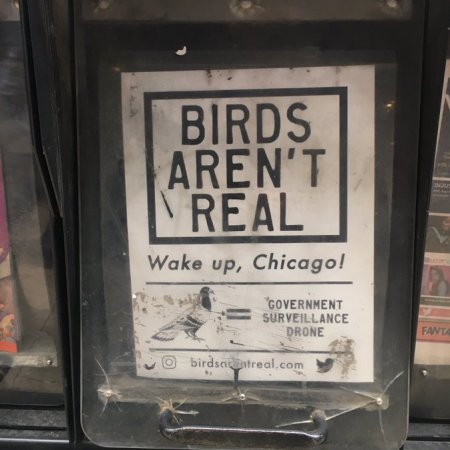 ABBOTSFORD, BC – Ravens Brewing has announced the release of the first in a new series of beers inspired by some of the world’s wildest conspiracy theories.

Birds Aren’t Real Wild Farmhouse Ale (6.9% abv) is named after a somewhat tongue-in-cheek “movement” that claims all of the birds in America have been replaced by government drones to monitor citizens. It’s described as follows:

Birds Aren’t Real Wild Farmhouse Ale was fully fermented and aged in locally sourced wine barrels. Pouring a hazy straw colour with aromas of oak and brett funk, it finishes crisp and dry with a complex wild flavour and notes of fruit.

Birds Aren’t Real is available now in 500 ml bottles and on tap at Ravens, and soon at select private liquor stores in British Columbia.