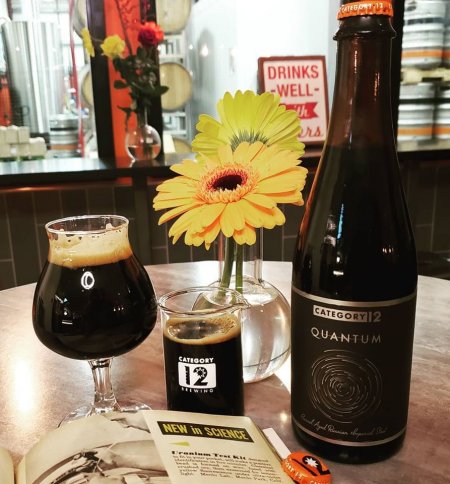 VICTORIA, BC – Category 12 Brewing has announced details of an event to mark its 5th anniversary that will include the release of two new beers.

Taking place at the brewery tomorrow (December 19th) starting at 5:00 PM, the celebration will feature live music, snacks from the Food Lab kitchen, and one-off drinks including a special cask ale tapped at opening, a fruit infused version of Juicy Data IPA at 6:00 PM, and a cocktail made with Excitation Stout at 7:00 PM.

Also debuting in time for the party will be Quantum, a Russian Imperial Stout aged in bourbon barrels, and another new beer still to be announced.