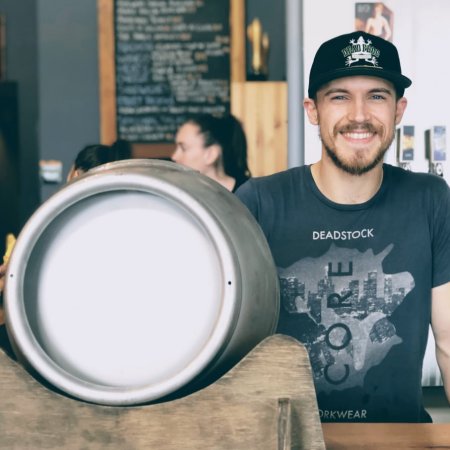 ALDERGROVE, BC – Dead Frog Brewery has announced the release of a new collaboration with Foamers’ Folly Brewing.

Dark Spiced Cider Ale was brewed with the addition of local apple juice, as well as cinnamon and black pepper.

Dark Spiced Cider Ale will be launched tomorrow (December 19th) at Dead Frog, with a special cask edition of the beer being tapped at 3:00 PM. The regular edition will be on draught in the Dead Frog taproom while supplies last.