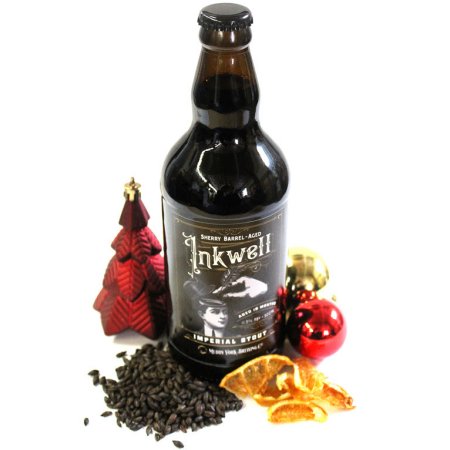 TORONTO, ON – Following on last month’s release of a cognac barrel-aged vintage of Inkwell Imperial Stout, Muddy York Brewing has announced the surprise arrival of another variant.

While you’ve spent the last eighteen months getting older, this batch of Inkwell Imperial Stout has been chilling in a Fino sherry barrel, getting awesome. Experience the bone-dry, citrus, dried-grape, and fruit blossom notes of the Tio Pepe Sherry infused into the blackstrap molasses, prune, and tobacco of the base beer.

The new edition of Inkwell will be released tomorrow (December 19th) in 500 ml bottles at the brewery store and via the Muddy York online shop. It will also be on draught at the brewery taproom while supplies last.