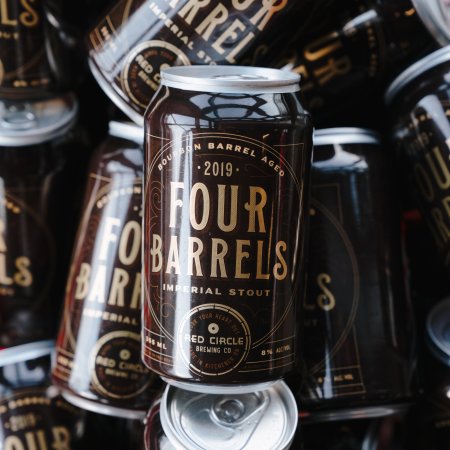 KITCHENER, ON – Red Circle Brewing has announced the release of its latest limited edition seasonal beer.

This 2019 vintage was aged for 12 months in four hand-selected Kentucky bourbon barrels. Notes of bourbon combine with a weighty, full bodied taste to create this highly poundable Imperial Stout.

Four Barrels is available now in 355 ml cans and on tap at Red Circle, and will be officially launched during a holiday party at the brewery tomorrow (December 19th) from 6:00 to 9:00 PM that will also feature a special limited cask beer, charcuterie boards, and an ugly sweater contest. Attendees are encouraged to bring an unwrapped toy for charity, with all donations to be rewarded with a free Red Circle collectors’ mug.