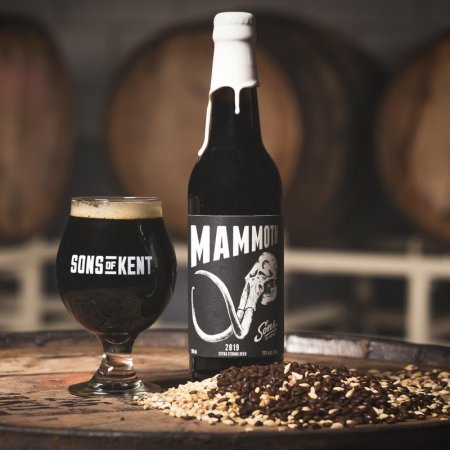 CHATHAM, ON – Sons of Kent Brewing has announced the return of a limited edition strong ale just in time for the holidays.

Mammoth Imperial Stout is aged in Makers Mark bourbon barrels. Jet black in colour with a creamy, thick head, Mammoth is rich and bold with hints on vanilla, oak, and bourbon. A well balanced finish that is deceivingly smooth.

The 2019 edition of Mammoth will be released tomorrow (December 19th) at Sons of Kent in a limited run of 650 ml bottles.