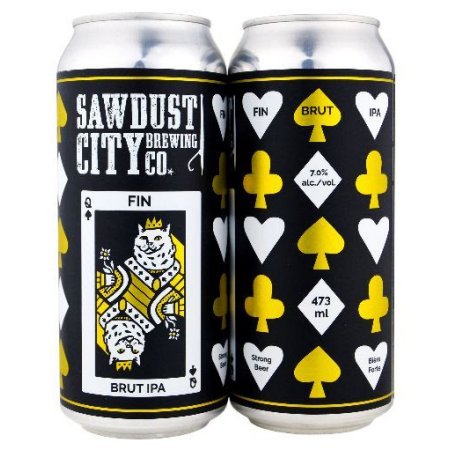 GRAVENHURST, ON – Sawdust City Brewing has announced an early arrival for the fittingly named final installment in its series of 52 weekly beer releases for 2019.

This hop-forward ale is as dry as a bone, brimming with citrus-forward hops and finished with an exceptionally effervescent, champagne-like carbonation. The recipe was designed by our production manager James and named in honour of his queenly cat, but also serendipitously Fin is French for ‘the end.’ This end-fermented IPA is the perfect way to ring in the New Year. Triple dry-hopped with Amarillo, Galaxy and Mosaic, this new style of IPA brings you loads of hoppy aromas but without the big, body of an IPA. Using special enzymes to help completely dry this beer out and then carbonating it to a champagne-like effervescence, this is unlike any IPA you’ve had with us before.