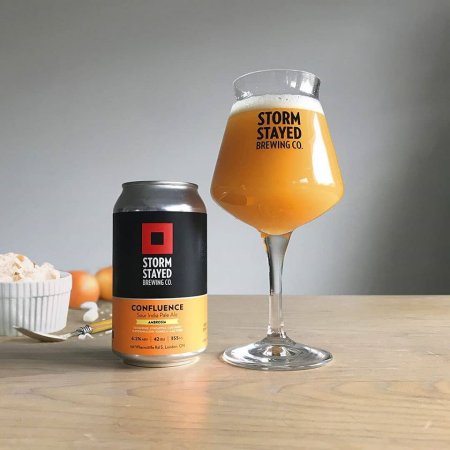 LONDON, ON – Storm Stayed Brewing has announced the release of the latest variant of its fruit-flavoured sour IPA.

Confluence Sour IPA: Ambrosia (4.2% abv) is inspired by its namesake “strange but delicious dessert ‘salad’“, and is described as follows:

With large amounts of tangerine, pineapple, coconut, and other supporting ingredients, we’re happy to say that this is still very much an IPA. You’ll find the perceived hop bitterness shifting the flavour profile into kumquat territory to some degree, while notes of coconut adds another layer of complexity. This Ambrosia-inspired Sour IPA is vibrant orange, pours opaque, and just might become your new favourite dessert.

The new beer is available now in in 355 ml cans and on tap at Storm Stayed.