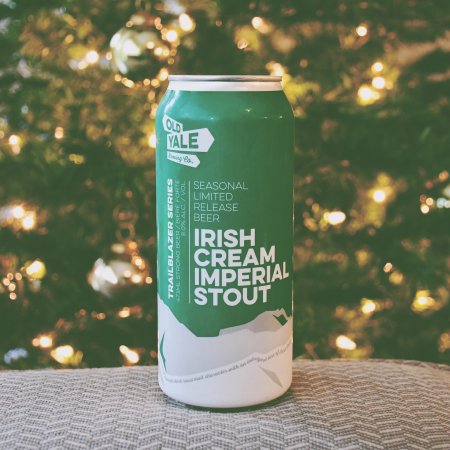 Irish Cream Imperial Stout (8% abv) is a rebranded and slightly reformulated version of Screaming Banshee Irish Cream Stout, a beer that was previously available as part of the brewery’s Tall Tales Series. Brewmaster Nick Fengler describes it as follows:

Now seemed like the perfect time to take our original recipe for the Screaming Banshee Irish Cream Stout and take it up a notch. This beer has always been the big brother of our Sasquatch Stout, but this year we gave it just a little more oomph. Clocking in at a solid 8% ABV, our Irish Cream Imperial Stout still uses a generous addition of Flaked Oats, Roast and Chocolate Malt for a smooth, silky, coffee-like character. The showcased dark malt body blends seamlessly with the rich vanilla, and oak profile of Irish Cream, combining into a truly luxurious treat. A perfect way to end the day, or to begin a new one.

Irish Cream Imperial Stout is available now in 473 ml cans and on tap at Old Yale, and is being distributed to select private liquor retailers, bars and restaurants in British Columbia.