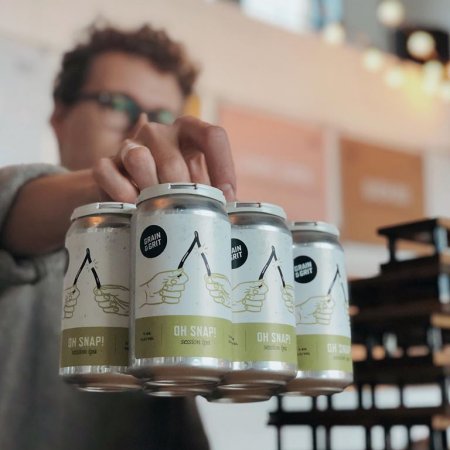 HAMILTON, ON – Grain & Grit Beer Co. has announced the release its first new beer of 2020.

We don’t know about you, but with all the heavy food and drink this holiday season, we’re ready for something light and crushable! This one is a new Session IPA, brewed with loads of Mosaic and local Centennial hops. It may be a session, but it packs a big hop punch with sweet citrus, stone fruit and melon vibes, and we think you’re gonna dig it.

Oh Snap! will be released tomorrow (January 10th) at 12:00 noon, and will be available in cans and on tap at Grain & Grit while supplies last. A release party from 6:00 to 9:00 PM will feature a food pop-up from Smithers’ Sausages.