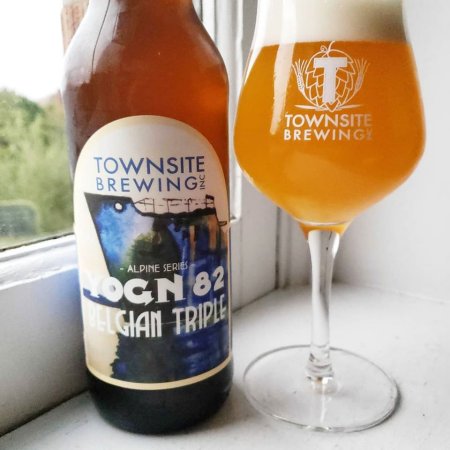 POWELL RIVER, BC – Townsite Brewing has announced that a popular limited edition strong ale has returned for another run.

YOGN 82 Belgian Triple (9% abv) was originally released in 2013 as part of a set of beers inspired by The Hulks, a group of decommissioned concrete ships that make up a floating breakwater in the Powell River near the brewery. It’s since been revived several times, most recently a year ago.

YOGN 82 is described as follows:

This beer is a citrus gem with a nice thick head on top and a beautiful floral hop nose from the Stryian Golding hops added. With less boozy aroma than our Charleston triple, this beer should be handled with care as you won’t see the 9.0% coming until it’s too late!