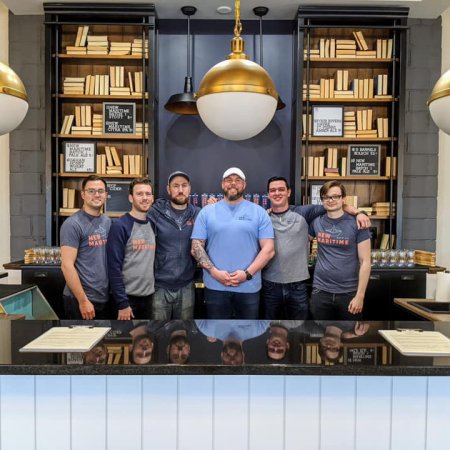 MIRAMICHI, NB – The first brewery launch of 2020 in the Atlantic region took place this past weekend with the opening of New Maritime Beer Co. in Miramichi, New Brunswick.

New Maritime made its debut last summer with the release of Rising Tides Citra IPA (6% abv), which has been brewed under contract along with a later released Centennial Pale Ale (5.3% abv) while construction on the bricks-and-mortar location was underway.

While a bit more work is needed before the on-site brewhouse is operational, the brewery’s 90-seat taproom was opened to the public on Saturday January 11th, and is pouring the two previously mentioned beers along with Batch #1 Stout (6% abv). No food is currently being served, but customers are welcome to bring in or order delivery from elsewhere.

New Maritime Beer Co. is located at 55 Newcastle Blvd. in Miramichi, and is open daily except for Mondays. For more details, see the brewery’s Facebook page.