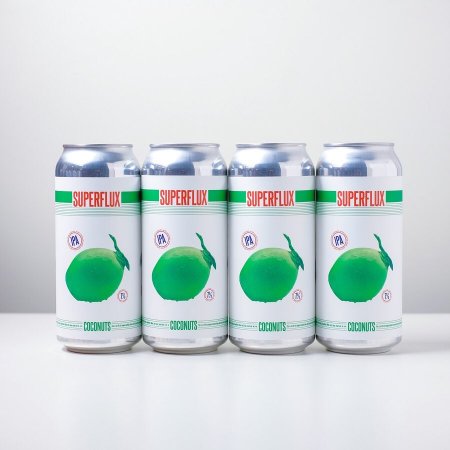 VANCOUVER, BC – Superflux Beer, “an experiment in beer production” currently brewing out of Strathcona Beer Co. in Vancouver, has announced the release of a new limited edition beer.

Coconuts (7% abv) is described as follows:

Superflux Beer Company was founded on the time honoured traditions of our craft. Our 7th Generation Brewmasters strictly adhere to the Bavarian Purity Laws of 1516, hand-selecting only the choicest malted barley, the finest hops, and the purest mountain spring wa… blah blah blah blah… we put coconut in an IPA and it’s delicious. Coconuts IPA is hazy, dry hopped heavily with Citra and Vic Secret, and finished on some sexy coconut.